The first week of the month means that it's time for Word Week at Just Us Girls and Vicki has chosen the perfect word for the beginning of September - School! 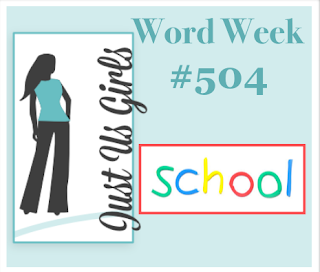 I would like to welcome our September Guest Designer - Swanlady Janet Ribet!  Hop on over to JUGS to see what Janet and the rest of our amazing Design Team have created with the word School in mind. 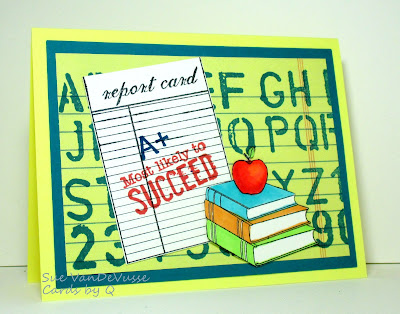 Playing around some some Unity and Gina K stamps.  The background was part of an advertisement received in the mail, trimmed it down and stamped the ABCs and 123s in Memento Teal ink.  Stamped the report card in Memento Nautical Blue, the sentiment in red and the A+ in a royal blue.  Stamped the books with the apple from Gina K and colored with Touch Twin markers and fussy cut.  Matted onto some teal cardstock and onto a  yellow card base.

Come play along with us and you could be chosen as our next Chic of the Week, which would then make you eligible at a chance to become our next Guest Designer!  Please limit your entries to 3.

What a find in the advertisement; perfect background for your sensational school card! Love it!
hugs~carol

This is fabulous! You should link this up with the Day of the Month Card Club challenge: https://dayofthemonthcardclub.blogspot.com/2019/09/7-read-book-day.html

Spot on here Sue with our 'school' challenge. Very cleverly thought out.

Perfect take on the challenge theme! Love your card!

So bright and cheerful, Sue. The stamped numbers and letters made a perfect background.

Sue VanDeVusse
I am a working mother of 2 grown children and Mimi to 5 adorable grandsons. My daughter got me into stamping in 2005 and I have been hooked ever since. 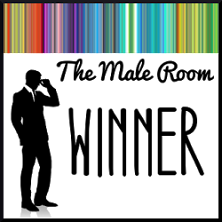 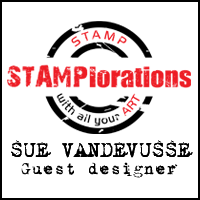 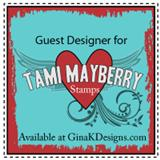 I was spotted by

for Gifts From The Sea 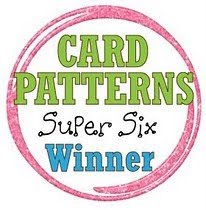